"Should" has no place in art! 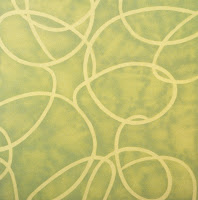 Yesterday my graduate-level landscape drawing class went out to another lovely park to work, and I was reminded of an important consideration in the artistic process. Arguably, THE ONLY CONSIDERATION YOU NEED in order to make "honest" art.

The park we went to was a challenging subject. It had many, many old trees with intriguing trunks and branches, as well as many lovely flowering trees. Add to that, it was a gorgeous spring day, partly cloudy so the sun wasn't too direct and there were no sharp shadows to chase, warm but not too hot, breezy but not too windy. In short, many lovely views to pick from, along with the stimulus of an invigorating environment.

Four students had a satisfying experience. They walked around, did some thumbnail sketches, then picked a view or tree to draw, threw themselves into the process of creation, and emerged with a picture that pleased them.

Two other students hesitated as to how to get started. They had started with an idea of what they "should" do that day, and when actually confronted with the view, they changed their minds when they found something else that called to them. I was able to talk them through this inner conflict, help them figure out what they WANTED to do based on the scene in front of them, and encourage them to let go of the original plan and go with what excited them.

And one student was, at first sight, fascinated by a row of metal boxes affixed to a series of telephone poles along the edge of the park (which I guess contained electrical outlets, telephone lines or something of that nature). But he thought he was "supposed" to be doing a landscape of trees, bushes, etc., so he started a picture of a traditional view.

By the time I got around to help him, he was totally frustrated with this start. He mentioned the metal boxes and I realized, THIS is what excites him, not the trees and flowers. So I encouraged him to draw the boxes instead.

When I got back around to him after talking with the other students, he had created an intricate detailed picture of the boxes, but was hemming and hawing about how to include the trees and shrubs growing nearby, which he thought he "should" include. He had started to sketch in a tree trunk, and it took away from the sharp edges and dramatic perspective that made his initial drawing so amazing.

I encouraged him to concentrate on the "man-made" aspects of his subject matter, and not feel obligated to include something that didn't interest him, just because it was there. (I also offered to do a tree-drawing demonstration next week, in case it was simply inexperience that was causing him to hesitate. Although I don't think so, based on the drawing skill he's shown in my class.)

So he ended up with a wonderful and unique drawing that wasn't a traditional landscape but instead his own interpretation of what landscape means. (That is, no grass or trees, but the suggestion of where they are, based on how the boxes, wires and fences are situated and shaped.)

But -- the fickleness of the art muse aside -- you must draw ONLY WHAT EXCITES YOU. If you throw in things you think you "should" draw, or if you follow some pre-conceived notion of what your drawing "should" be, you will miss out on honestly expressing yourself. If something isn't working, you have to try something else. Let it go and move on.

I've found I can even FEEL when I'm off the path I need to be on, while in the middle of making a work of art. If I add a color that isn't working, or include an element that throws the picture off kilter, I can literally feel my heart sink a little. Whereas if a composition is right, or a new texture comes about that really contributes to the piece, my heart feels a little spark and gives a little jump of joy. That tells me I've done the right thing.

In short, my advice is: FOLLOW YOUR HEART!
Posted by Catherine Carter at 3:05 AM

So pleased to read another artist advocating this approach to creating their art. I listen to my intuition all the time in my process, and really get stuck when I stop listening. Great post

What a great illustration of the creative process. That heart feeling you describe is so true - thanks for naming and validating it!

Have I ever been there! I've caught myself drawing things I don't particularly love in real life, so how could I expect to love drawing them, much less love the end result?

Amanda, great to hear your validation!

Amy, the heart is good for more than just moving blood around, isn't it?

Martha, good point that if the subject doesn't thrill you, it won't thrill your audience either. Food makes a GREAT subject; just ask Wayne Thiebaud!