Why you should and must bother 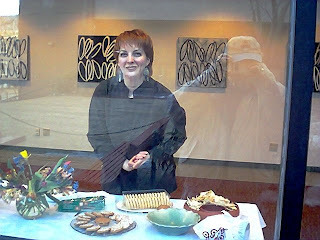 You know the saying that artists (and folks in all creative professions) are heard to lament when they're feeling insecure, scared, overwhelmed, etc. : "There are so many artists out there. Why should I bother to add more paintings to the world?" Or some variation thereof.

I have an answer to that cry of despair. Imagine your favorite actor or actress. Remember how much you relish them playing their signature role, or the one that is your absolute favorite. What if they had followed that theory? Being human, it is likely that they felt it at some point. But what if they had heeded it?

What if Gregory Peck had given up as an actor? Who could have played a better Atticus Finch? What if Anne Baxter had given up as an actress? Who could have played Eve Harrington like she did? (These are two of my favorites; substitute their names for your faves, and you'll get the idea.) Without their decision to believe in themselves and keep on truckin', we wouldn't have the joy of savoring their masterful performances.

So think of it this way: you have no right to deprive the world of your talent!

(The picture above is me setting up a show I had in 2004 at Lesley University; my husband took this photo through the window.)
Posted by Catherine Carter at 2:39 PM