Only when I laugh 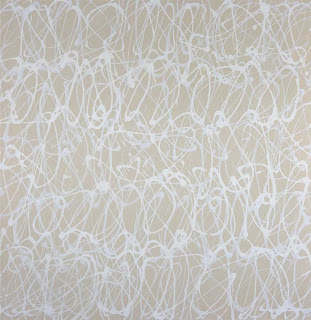 Just now I decided that it might be an interesting exercise to make a list of the exhibits I’d been in over the course of my career so far, divide them into the shows that were rewarding experiences and those that weren’t rewarding, and write down why. I thought this might help guide me in choosing where to focus my attention in future endeavors.

This did turn out to be a productive lesson, but it also brought up memories of a few REALLY BIZARRE exhibition experiences, which were so ridiculous that I had never bothered to list them on my resume and frankly had forgotten about them.

But they are funny in retrospect, the kind of “learning experiences” that all artists have when we’re starting out, so I thought I’d mention a few of them on this blog. I’m sure those of you who are reading this have been through similar things. Maybe you’ll get a laugh out of hearing about mine and remembering yours.

One was a “members show” at a Rhode Island art museum. I had attended the opening of a juried show that a friend of mine had gotten into there a few years before, and I had marveled at the opulent mansion that was its location. So when I read that they were having a members show there, I decided to become a member and enter.

As I drove down to attend the opening, I was looking forward to seeing my work in such a beautiful space. Imagine my horror when I found that, not only was my work the only abstract piece in the entire show (the rest of the work was of the lighthouse and Adirondack chair variety), but it was hanging in a dark hallway outside the bathroom! In other words, the museum couldn’t reject the work outright since I had paid for my membership, but they could hide it as far out of sight as possible.

It was then I realized that the earlier show that my friend’s work had been in was juried by a guest judge, whose taste hadn’t reflected the museum’s. I should have been offended, I guess, but frankly, I couldn’t stop laughing! It was an extreme case of “apples and oranges.”

Another wince-inducing experience was when I entered another members show at another lovely museum. Their policy was that, if you entered this group show as a member, you would be considered for their annual “8 Visions” exhibit. I got all charged up, figuring, wouldn’t it be GREAT to get into THAT show? I got so charged up, in fact, that I didn’t bother to do any mathematical calculating when I read over the prospectus; I just brought my painting to the museum office and produced my checkbook.

By the time the smoke cleared, I had spent SEVENTY-FIVE DOLLARS to become a member and exhibit one painting in their show. And my “vision” was subsequently NOT selected, so my enthusiasm had ended up costing me a big chunk of change for the privilege of sticking one painting in a huge group show. But there was a silver lining: I learned my lesson, and never made this type of mistake again.

Being an artist isn’t all about the ivory tower lifestyle. It’s a wild and weird world out there! But there are a lot of amusing lessons to be learned, which will make excellent anecdotes when we all eventually write our memoirs!!