Oldies But Goodies, Part 5: My 20th anniversary with MassArt

This post is a new entry in "Oldies But Goodies," a series highlighting earlier artworks that have proved pivotal to my development as an artist. Other "Oldies" posts can be found here.

This weekend, I've been preparing to give a presentation about my career to a local high school. In compiling chronological images to show during my talk, I came across this artwork, created in 1994. It is acrylic, ink, and watersoluble crayon on paper, and measures approximately 18" x 24". 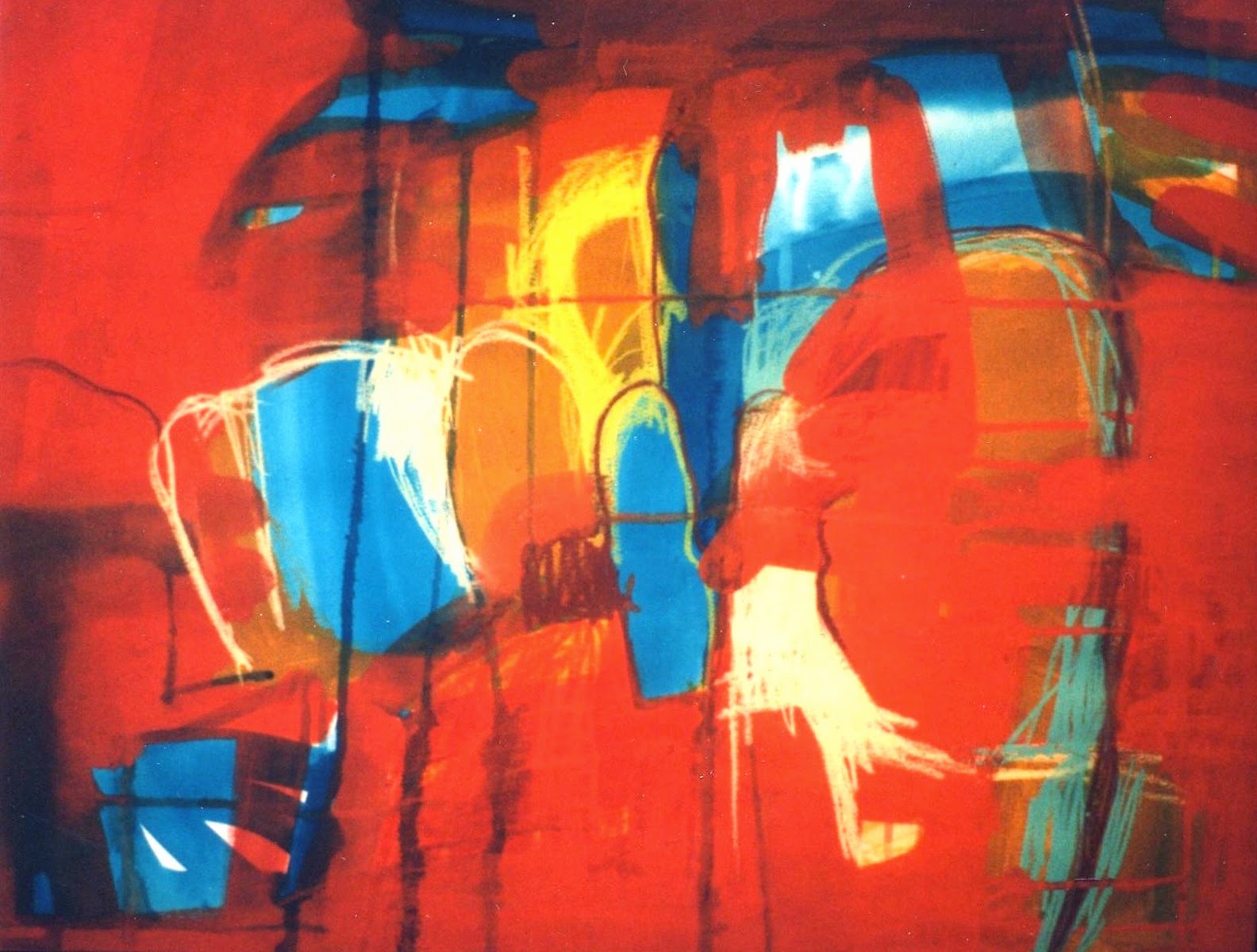 When I made this piece, I was attending the Massachusetts College of Art and Design in Boston during an independent course of post-baccalaureate study in which I created a portfolio for graduate school application. As part of my plan, I attended MassArt during the spring, summer and fall semesters of 1994. I had saved up diligently in preparation for this schedule, so that I only had to work part time and could devote most of my time to painting.

During my first semester at MassArt, I attended basic classes along with the undergraduate students, drawing and painting from the figure. Then summertime came, and I spent June, July, and August painting alone in my MassArt studio on a daily basis. Slowly but surely, working in the relative calm that is Boston in summer, realism fell away, and I found myself creating purely abstract works for the first time.

The artwork above is one of the first pieces that came from that intensive summer of painting. It started with a layer of loosely applied blue ink. Then I broke up the open space with blocks of orange acrylic, leaving several openings (I thought of them as "doorways") where the first layer of blue showed through. Finally, I embellished sections of the surface with drawn areas of watersoluble crayon.

This is one of the pieces I used in my graduate school application portfolio. I was ultimately accepted into the University of Massachusetts Dartmouth's College of Visual and Performing Arts, where I earned my Master of Fine Arts Degree in Painting in 1997. I've always maintained a particular fondness for my time at MassArt. Even though I only spent three semesters there, I remember that school as the place where I got my first taste of the level of commitment and single-mindedness that's necessary to becoming a professional artist.

Yesterday I went back to the campus to drop off a painting for the 2014 MassArt Auction, coming up next month. It's been 20 years since I attended there as a student, but the pleasant memories are still fresh in my mind!
Posted by Catherine Carter at 3:20 AM