This week I'm getting back to the studio, after a hiatus of two months. It's just been determined that this is officially Boston's snowiest winter on record, and my recent lifestyle has been a reflection of the season! Between bi-weekly bouts of helping my husband to shovel out our driveway, I've spent a lot of time curled up under the covers, reading and reading! (For the record, I've polished off "Our Mutual Friend" and "David Copperfield" by Charles Dickens, and "Jude the Obscure" by Thomas Hardy.)

But just because I haven't touched brush to canvas for a while, that doesn't mean I haven't been thinking about painting! I have page after page of sketches and ideas for how to proceed at the easel.

A few days ago, I got to my annual session of super-cleaning and organizing my studio (a tradition that usually happens every January), and now I'm ready to get going. Last night I stretched a canvas and made some tracings, and tonight I applied the first layer to the first canvas in a series. Here's the first stage: 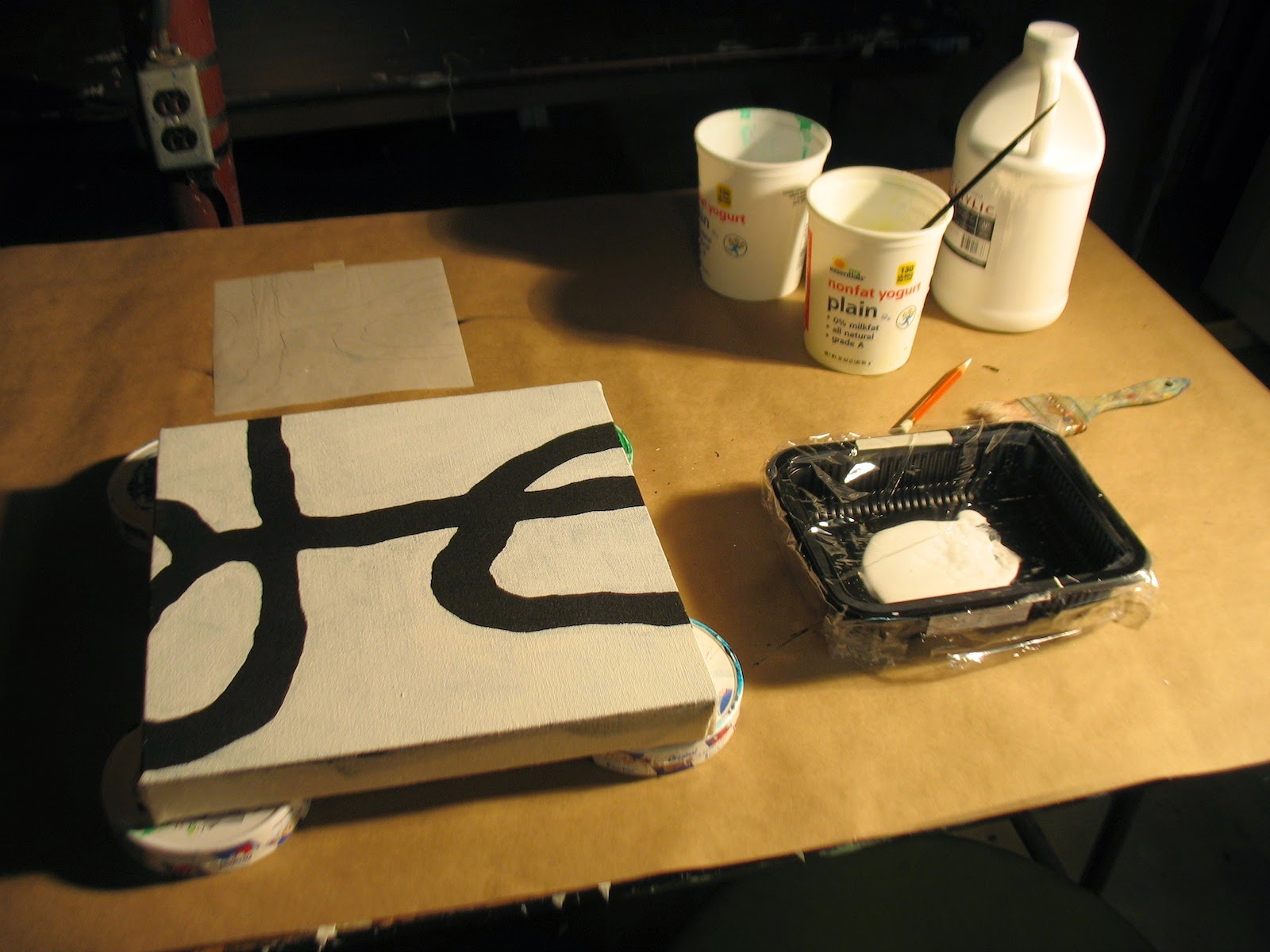 This series will be closeups of paintings from a 2013 grouping called "Markings" (see "Scrawl 2," the initial inspiration, below). I am figuring that by focusing tightly on the basic calligraphy of those earlier pieces, the emphasis will be on the simple beauty of the lines and the intriguing (hopefully) way in which they cut through the square canvas. I will string a group of them together so that the squares build into a long row. By using only flat black on white, I'm hoping the marks will seem to float like dramatic, abstract almost-words across the gallery wall. We'll see how this direction develops. Meanwhile, it feels good to get back to painting!

Posted by Catherine Carter at 10:03 PM