Time for a pause 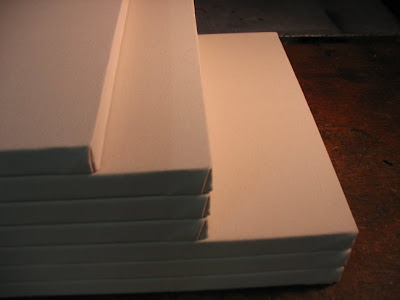 I NEVER, in a million years, thought I’d say this … but I need some time OUT of the studio!

I’ve had a lot of time to paint lately. Since mid-May, I’ve taught a painting class and written four pieces for the newspaper, but other than that, I’ve basically been working every day in the studio. A large purchase of my paintings in May made it possible for me to stock up on art supplies, so I’ve been able to just reach for what I need while I’m working.

But something feels different this morning. I don’t have the usual urge to rush to the studio. I think I’ve actually said all I need to say, at least for the moment.

It’s not like I don’t have a million things I SHOULD be doing! I still haven’t filed all my papers from last semester, and Heaven knows the house needs so much straightening and cleaning that it would take a month to catch up on that front.

Not only that, but I have five week-long workshops to teach, starting on July 14, and there’s always plenty of planning and prep work to do for that. Plus I have pages of notes to type up for an interview I had on Monday.

BUT … maybe it’s the voice of Summer calling to me … I just feel like sitting out on my deck and staring off into the woods! I always feel the urge to be DOING, to be productive, but sometimes doing “nothing” is the most productive thing to do.

And besides, I have a new watercolor class starting tonight, so it’s not like I’ll end up doing NOTHING today, after all!
Posted by Catherine Carter at 6:12 AM