Psyching out my new drawings 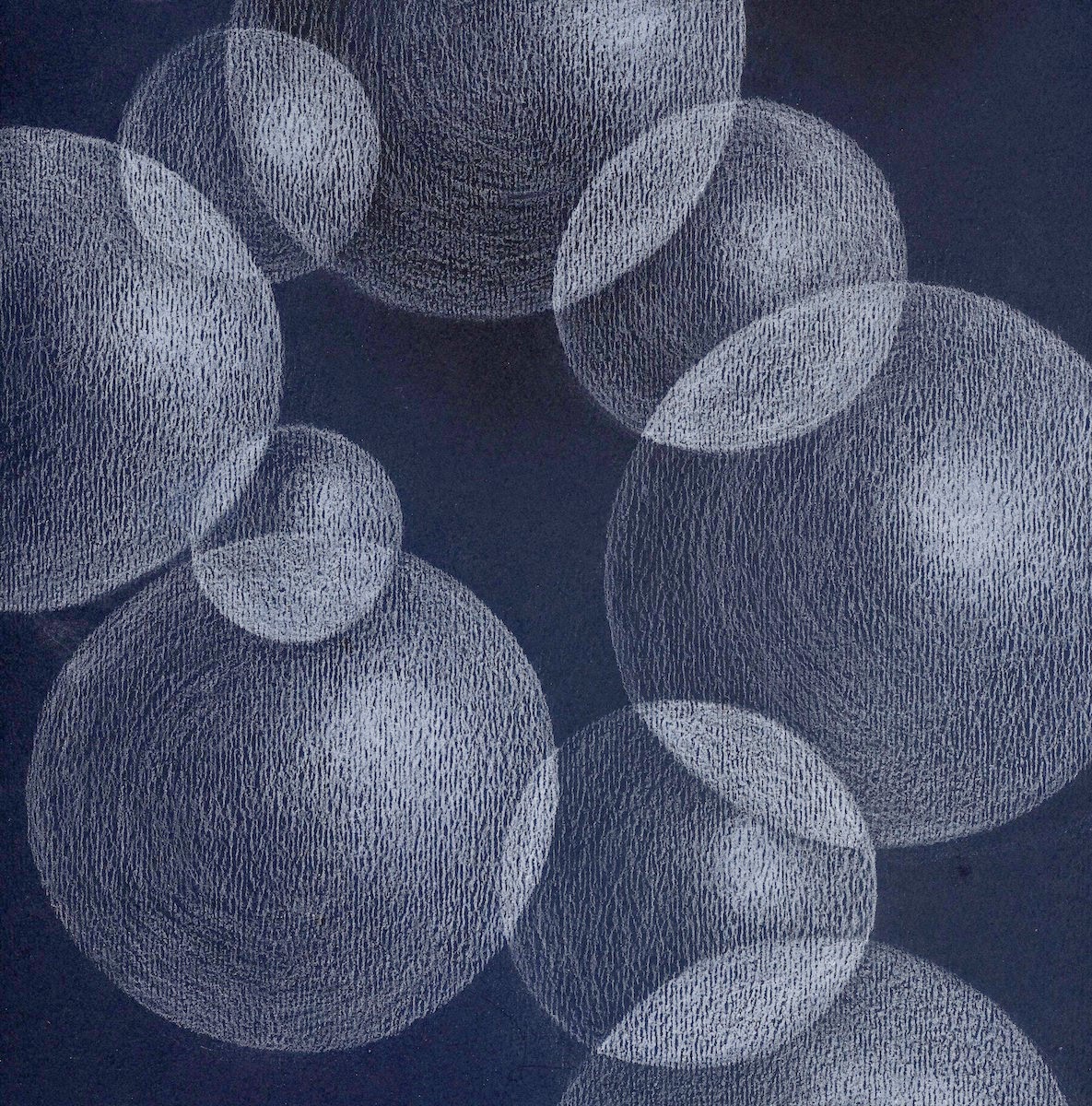 As I've completed 15 of my "bubble drawings," I am preparing to get them out into the world as a formal series. This includes writing an artist statement. The series came about very spontaneously; I didn't think about it at all, just made it. But since the artist statement is necessarily a verbal exercise, the experience of composing it caused me to realize many things about both the series itself and my state of mind as its creator. It reads:

My father died in April of this year, and I was so devastated by his passing that I thought I'd never make art again. Even though I had been used to an almost-daily practice of painting or drawing for the past 15 years, I found myself stopping completely and sinking into despair.

Then, after months of feeling so sad, I woke up one morning and realized I suddenly felt better. I felt like myself again,as if the pain had eased and I was ready to embrace life again. These images of bubbles floating through apparently limitless space were the first ideas that came to my mind, and I began putting pencil to paper, one drawing after another.

There was something about the buoyancy of the subject matter and its fleeting nature that seemed to reflect the realizations I had after my father's death. The bubbles have an impermanence to them, like life itself, but there is something in their ephemeral beauty that reminds us to appreciate and enjoy what we have, however limited its duration.

The works are made with white drawing pencil on black charcoal paper. They are created spontaneously, in whatever arrangement I am feeling as I created them. I have chosen to place them in a square format, as it seems to imply a lack of definite time, weight or location. There isn't any particular intention to their compositions, although I was aiming for a range of viewpoints, from up close to far away.

Posted by Catherine Carter at 10:48 AM